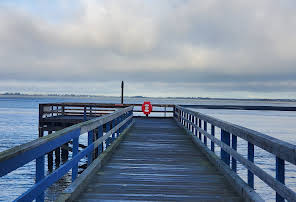 Located along the coast of Boundary Bay, Blackie Spit Park is an educational and recreational site that features an off-leash dog area. This park is also home to an abundance of bird life. As a result, Blackie Spit is one of the top birding locations in Canada. This area has over 200 species of birds that pass through on a daily basis. During the spring and fall, it’s a popular spot for migrating birds. It is also a part of the Pacific Flyway.

In addition to the dog off-leash swim area, there is a main area that has a covered shelter and tennis courts. There is also a 5-kilometre nature trail that circles around the spit. The trail continues to Dunsmuir Gardens. During migration, Blackie Spit is a rest stop for birds. During the fall and winter, it is a great place to see Harbour Seals.

The area is also home to the Dunsmuir Community Gardens, which are a parkland that was dedicated by City Council in 1996. The gardens contain a variety of heritage buildings. This includes the former Crescent Beach Hotel, which was a summer resort that was flanked by summer cottages. The buildings were converted into a parkland in 1996 through a City-wide referendum. The garden is also home to an abundance of natural and cultural heritage.

Visitors can explore the park on a nature trail that follows the railway tracks and shoreline. The trail is a great place to see a variety of sand dune ecosystems. The park is also a favorite location for migrating birds. As a result, it is a birding spot that is visited by thousands of people every year. It is also a part of the Tracking Surrey’s Biodiversity umbrella project.

The area is managed as a wildlife conservation area. It is also set aside as an Environmentally Sensitive Area, which is designated as an important habitat for migratory birds, threatened animals, and rare plants. In order to preserve this natural area, bikes are not allowed. The park is also a favourite spot for a family outing. However, visitors should avoid accessing the beach.

There are a number of activities that are planned in the future for the area. These include habitat enhancement activities, such as dredging a slough between the island and the dyke. The park is also part of the Tracking Surrey’s Biodiversity Umbrella Project, which is a collaboration of City Council, the Surrey Museum, and Tracking BC.