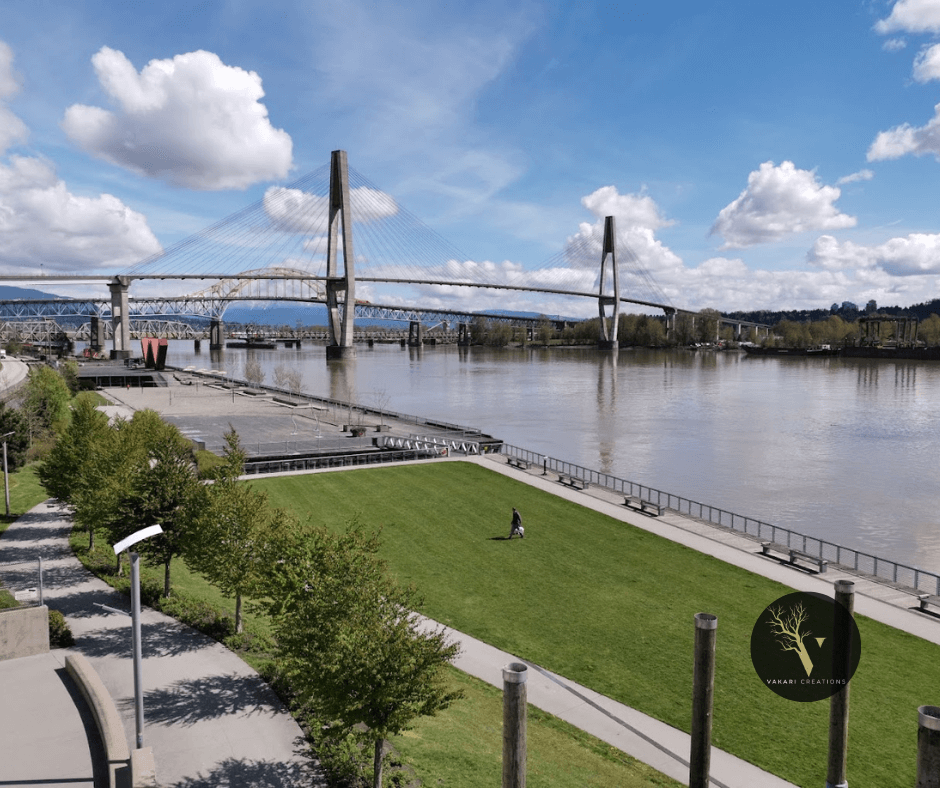 Westminster Pier Park is the newest addition to New Westminster’s waterfront. It is located on the Fraser River near the River Market. The waterfront park is designed to reflect the city’s historic industrial past.

As well, the new waterfront park is designed to be a socially sustainable space. This includes a large festival lawn and paved space for farmers’ markets, movie nights, and beach volleyball. There is also a large playground. These amenities include swinging saddles, climbing handholds, platforms, ladders, and a spiral tube slide.

On June 17, the City of New Westminster will hold an event to celebrate the 10-year anniversary of its riverfront park. Guests will enjoy live entertainment, food and drinks, and an opportunity to make a mark on the Community Canvas Project.

Located on a brownfield site that once hosted industrial machines and coal-fired power generation, the 3.84-hectare park is now being developed into a natural environment. The park will feature new habitats that will increase biodiversity for the riparian foreshore.

The park features a 325-metre boardwalk along the waterfront. This provides a new perspective on the river. In addition, the park includes two toddler play structures, and a finger pier. Another playground will be located west of the park.

Westminster Pier Park is a community space that connects people to the river. This new waterfront park will be a place where the whole community can gather. By using heavy timber and metal furnishings, the design combines the history of the city with the ecology of the river.

A unique public art installation, Wow Westminster, by Brazilian artist Jose Resende, is planned for the Pier Park. The piece is a four shipping containers arranged in two V-shaped patterns. Each container has a different element, such as a spiral tube slide, climbing handholds, and a social hammock.

Along with the new habitats and wildlife, the riverfront will also have a new urban beach. New hammocks are made from recycled fire hoses, and residents will have the option to dip their toes into the sand.

The park is also home to an innovative boardwalk. This unique playground is supported by 3,600 pilings. Since the site has been used for many purposes over the years, the city had to replace the old wooden piles with modern infrastructure.

Other amenities at Westminster Pier Park include a concession and an accessible picnic table. Guests can also participate in a trivia walk, which teaches visitors about the park’s design. Visitors can also take photos with Sparky the Fire Dog and meet with city staff.

Westminster Pier Park also features a sports court, elevated viewpoints, and walking paths. Additionally, the park includes public art and trees. To help with the costs of the park, the city will borrow up to $17 million.

The Pier West project is also being built, which is being led by Bosa Developments. They own a piece of land adjacent to the park and have applied to build a mixed-use development. The city is also working on improving access to the park. One option is an overpass at Sixth Street.